I see lot of people who are just starting out with recording, getting confused about stereo and mono. I’ll see a question such as, “Should I record my acoustic guitar in stereo, or should I just record one track, duplicate it, and pan the tracks left and right?” But duplicate tracks, panned left and right, is mono!

A stereo sound comes about when two tracks are different from each other in some way, and panned (at least partially) to opposite speakers.

You can create differences between tracks by using two mics, EQing identical tracks differently, delaying one track, and/or doubling a part with a separate performance. Those are just different ways to get a stereo sound. Once you pan those different tracks, one to the left, and one to the right, you have a stereo sound.

Lend Me Your Ears

And finally, the sound also bounces around whatever environment we are in and we hear the bounces. We call those room bounces ‘reverb’. In our right ear, the direct sound will be comparatively louder than the room sound. In the left ear, there will be more room reverb (comparatively).

So, we perceive location in space by the differences in the sound that hits our ears. Most techniques to create a stereo effect rely on one or more of these differences.

Stereo is using two speakers to place sounds in space, so that our music has width, and doesn’t seem like it’s coming from only one spot. Different instruments sound like they’re coming from different places.

So, if we had a single track, and we wanted to make it sound like it was coming from a particular point in space, we could just pan it 45% to the right, let’s say.

Or, we could duplicate the track, pan the duplicate to the left, roll off the high end a little, delay the duplicate track a few milliseconds, and add a little reverb (relatively louder on the left side). That would more closely resemble what happens in a room.

Or, we could use two mics, to begin with, and put them in different places, pointed in slightly different directions..

Panning In The Mix

In a typical mix of a full band, most of the instruments with a lot of low frequencies in them, and most of the instruments you’re going to feature in the mix, are panned to the center. So, the kick (bass drum), snare drum, bass guitar, and lead vocal are usually in the middle. Rhythm guitars, keyboards, backing vocals, string sections may be panned out more to the sides.

Panning of drum set mics is often used to create a sense of space in the drums, similar to what a drum set would sound like, if you were sitting in front of it. A drum kit often has a mic (sometimes two) on every drum, a mic on the hi-hat cymbals, possibly the ride cymbal, and two mics high overhead.

So, when mixing, you might pan the overhead mics left and right, and the individual tom mics left to right, and recreate the stereo spacing that’s in the room when the drummer plays.

Typically, a lead vocal is going to be in the center of the mix. We record it with one microphone, but may give it a little width with a stereo reverb and/or delay, later.

Recording acoustic guitars with a stereo pair of matched microphones gets a nice sound. To see a variety of techniques for electric guitars, read the Getting A Bigger Guitar Sound article. If you have two rhythm guitar parts, you can pan them a bit off from each other.

PS: There are no hard-and-fast rules for panning in a mix. These are just guidelines and suggestions 🙂 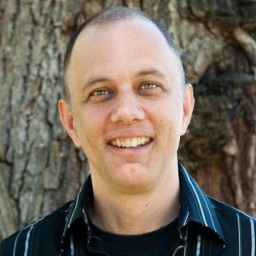 Keith Livingston is a musician, producer, recording engineer, songwriter, and internet marketer. He spends much of his time writing, arranging and producing music, and thinking about the best way to get it out there! Keith's Music Site

How To Get Your Song Ideas Down Quickly & Securely